With Change of the Guard, Will the California Castle Protect Small Biz?

This so-called “downtime” each year in Sacramento never fails to create an aura of awkwardness, discomfort and uncertainty among a good many. With the Legislature adjourned until January and the Capitol area relegated to a virtual ghost town, there’s a silence and stillness in the air that leaves many uneasy. For some, it’s a frenzied job search between one political job and another. For others, it’s the question of how the many bills signed into law this year will play out come the first of January.

But for many others, it’s the lingering question mark of what looms for new or ongoing policy discussions and priorities under the Capitol Dome – and who will be holding the strings. Although this year may not be a formal election year, there’s still a change in leadership taking place in both legislative houses that will be interesting to watch. And with any new leader comes a new style and oftentimes a new and different approach. In the Senate, we’re witnessing Jean Fuller assume Bob Huff’s role as Senate Republican Leader, and in the lower house of the Assembly, Anthony Rendon is filling Toni Atkins’ shoes as Speaker and Chad Mayes succeeding Kristin Olsen as Assembly Republican Leader.  These new leaders have maintained a respectable reputation inside the building and out for having an open door, consensus-building approach and commitment to doing what’s right for their districts and California. But as we look at the myriad issues facing our state, we need to be sure that these and all of our elected officials are viewing all things – always – through the lens of small business and job creation.

Last week, the Moderate Democrats, those who are regarded as the more business friendly in their party, convened to talk about priorities and challenges for the New Year. It’s my hope that Main Street has been and will remain a major focus for them and every other legislator, staff member and employee of the State of California. According to the National Federation of Independent Business, small businesses are required to pay three times more than larger businesses to comply with taxes, thirty-seven percent more to comply with regulations and are by far the biggest target of frivolous shakedown lawsuits.

It’s convenient for some, especially with an election year looming, to spew out catchy buzz words or phrases with the hopes of picking up some votes. But politicians of all political stripes would be wise to consider the impact of their words and how any prospective policy will impact our leading job creators and the people they employ. Painting larger businesses and corporations as the bad guy is reckless if any policy will ultimately trickle down to small businesses (which comprise about 99.2% of all businesses in CA) and the majority of California working families.  We all deserve positive change for California, but first and foremost it ought to be responsible change.

A few policy “buzz words” that we all should be mindful of?

Minimum Wage – Hiking the state minimum wage too fast, too soon will hurt the very people it aims to help: entry-level employees, and in large part teenagers in economically-disadvantaged or ethnic communities. We need to be thinking about policy that gives small business owners, those who have the majority of minimum wage employees, the ability to prepare and adjust, and make sure such an increase is targeted to those who need it the most in those small businesses. Otherwise, those scarce labor dollars will be squandered and end up setting back many employees that genuinely deserve an increase, and make the unemployment line that much longer in size and wait for those desperately seeking a steady job.

Climate Change – We all want to ensure we have a cleaner, healthier environment for our communities, but setting forth sweeping policy that gives one agency blank-check authority and fails to take into consideration the local retail store, farmer or soccer parent is simply irresponsible and reckless. Our leaders need to look at the economic impact of any environmental policy, and ensure there are checks and balances along the way, so that we’re able to promote innovation, growth and jobs with the right balance and safeguards. Green is good, but don’t forget there are many other jobs of many other colors on the spectrum that will be dimmed if we don’t consider rules, regulations and laws that foster a positive economic climate as well.

Infrastructure Improvements – There’s no question that many of our highways, roads and bridges are strained and suffering, and we need to find ways to make those fixes.  Is a new registration fee or higher gas or diesel tax the best solution? Will California families and business owners be willing to pay up, or will they seek out a state with lower costs and expectations at the DMV or pump? Californians already pay the highest gas, income and sales taxes, and small businesses pay three times more to comply with taxes than larger corporations. Is heaping new costs atop already the highest in the nation the way to build a bridge to economic prosperity?

There’s a lot to be thankful for but cautiously optimistic about this holiday season and as we look ahead in the Golden State. No budget deficit, a new crop of leaders with an open mind and open door, and an open primary system that ensures voters are holding people of both parties more accountable at the ballot box. Still, regardless of the policy issue, it’s going to be incumbent on all voters who have a stake in our future to talk about the importance of keeping a thriving Main Street – from Yreka to Fresno to Glendale to San Diego –with our policymakers. During this “downtime”, it’s so very important to make that case at the local level while they are in their districts gearing up for a busy legislative and election season.

It’s important for us to remember and remind our leaders – a thriving state economy, job market and California must begin with our thriving neighborhood stores and workforce.

Kabateck Strategies has more than 30 years of experience, relationships and know-how in the State Capitol and with leaders at every level to make sure you are heard by the highest-level decision makers to help you win your battles. 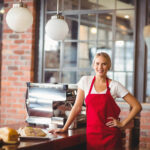