Those who lived through – and survived – the 1980’s may recall that one-hit wonder by the Buggles, “Video Killed the Radio Star”, which highlights the huge transformation and impact videos – notably MTV music videos – were having on Americans at that time. Flash forward three decades and the same can be said about the significant impact online video advertising is having to transform consumer habits and our daily lives in the United States. While no one would argue that traditional television advertising has been in serious decline over the last decade, how has time-shifted, on-demand viewing habits affected how advertising is planned and executed?

Let’s start by looking at some statistics for the world’s second largest search engine, YouTube: 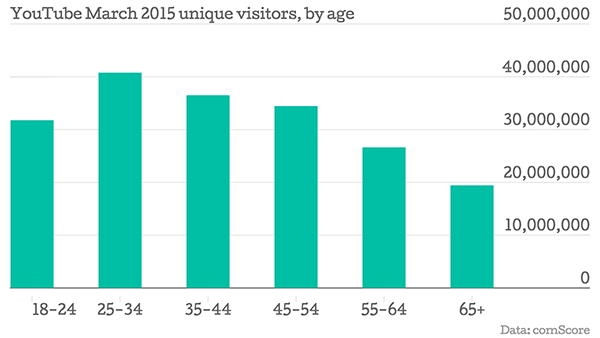 While most would describe YouTube as a “place to watch video online”, the average internet marketer  would likely describe it as “a powerful advertising platform”. Let’s keep in mind that this form of video advertising is not limited to just those visitors who go to the YouTube website or mobile app directly to view video; it includes the entire Google Display Network, a network that spans over two million websites that reach over 90% of people on the Internet.

Not long ago, with just a handful of television stations, it was possible to reach 50% of the viewing audience. The new age of time-shifted viewing driven by home DVR penetration, on-demand viewing options and mobile usage has completely transformed how we reach our target audiences.

A look at some statistics on viewership of popular TV shows clearly demonstrates this fragmentation shift: 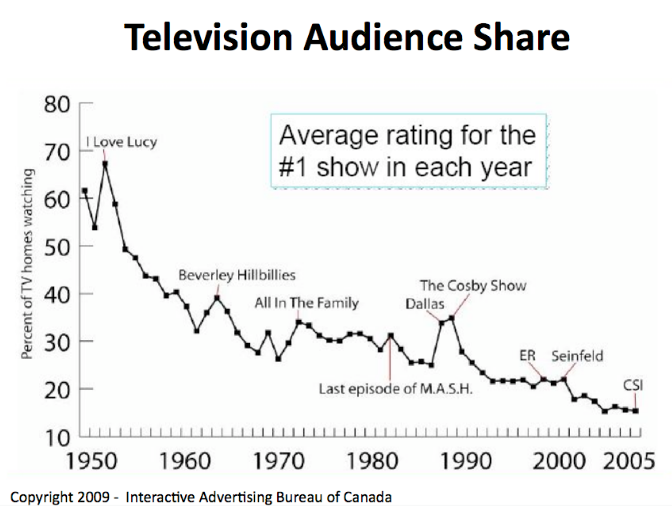 Now, compare the decline in TV viewership with the increase in online video consumption and it is pretty clear that allocation of campaign funds normally spent on traditional television advertising should be, in whole or in part, transitioned to an online video ad buy.

And while statistics surrounding the heavy shift in online video consumption are compelling to say the least, likely the most compelling feature of online video advertising is the targeting, reporting capabilities and cost.

The Death of Impressions

According to Knecht Strategies, a Kabateck Strategies partner and leading digital marketing firm in Sacramento and across the Golden State, there are still a lot of ad buys being purchased on impressions in which a media outlet such as an online newspaper or television station will sell an advertiser on a CPM (cost per thousand impressions) model. The major flaw in buying advertising on a CPM basis is that your advertising dollars are likely being wasted on an audience that has no interest in your product or initiative and will never support your campaign.

When explaining this to clients, Advocacy.Marketing likes to use the analogy of a dog food manufacturer who makes an CPM based media buy with an online newspaper. While the thought of having an ad shown thousands of times to visitors on an online newspaper site may sound enticing, does the person selling that ad space guarantee that all of the people that see that ad will be dog owners? They can’t guarantee that and most likely the majority of impressions being paid for are from those who do not own pets or maybe only have cats at home. Every time we witness a report from an advertiser who purchased CPM advertising, it is easy to think of this analogy and how much of a potential ad budget was likely wasted.

“Buying In” the Data

According to Ken Knecht of Advocacy. Marketing, “We often talk to clients and advise them to not focus so much on buying ad space on the sites they think their ideal customers/supporters may visit, but rather focus on buying the right audience instead. On many occasions we have consulted with clients who felt they had a firm grasp on what sites their ideal customers/supporters visited and what messages that would most appeal to them. Sometimes, early on we would run ads on these “ideal” sites with these “ideal” messages only to find undesirable campaign performance. A target audience is likely going to respond differently to ad messages based on what is important to them. For example, targeting dog owners as a whole with a standard ad message may only appeal to a fraction of that group because dog owners have varying needs for their particular situation. Is their dog small or large? Does their dog like food from a can or a bag? Are there dietary considerations?

“One of the strategies we practice is what we refer to as “buying in data”. This involves building multiple ad variations with different images and messages and putting them out in the wild and carefully analyzing the data we get back. The great thing about digital advertising is the ability to see every action and engagement a user takes on an ad and landing page. During this process we may put out a dozen different ads and can very quickly determine which images and messages are delivering the desired action, be it a click, a purchase, joining an email list or signing a petition. Once we “buy in” the data we can begin optimizing the campaign to do more of what works and less of what doesn’t.”

Building on this analogy, let’s imagine this same advertiser, the dog food manufacturer, came to a digital ad agency to discuss their goals for advertising online and was not sold on a CPM basis, but rather a cost-per-click (CPC) basis instead.

We would tell them that they could serve their ad with an unlimited number of impressions and it would not cost them a penny. The only time the advertiser would pay is when someone engaged with their ad by either clicking on it to go to a landing page or viewing their video in its entirety. On top of that we could tell them what percentage of the video was viewed or if a video delivered via pre-roll was skipped entirely.

Implementing this strategy would ensure that the advertiser would then only pay for those ads that had an engagement action taken on them. So in this case, we can assume that the majority of clicks and video views did indeed come from users who likely owned a dog and have a dog food purchase intent, thus eliminating a lot of campaign budget waste.

With the election closing in it is important to have ad campaign strategies that speak to the right person, at the right time with the right message. Now is a perfect opportunity to take some of the existing video assets you have for a particular campaign and use it to leverage the extensive online network of video supported sites to build awareness and support for your candidate or initiative.

For more information about how Kabateck Strategies and Knecht Strategies can maximize the grassroots, coalitions and digital marketing success for your company or organization, call us at (916) 956-9027 or email us at [email protected].

Kabateck Strategies has more than 30 years of experience, relationships and know-how in the State Capitol and with leaders at every level to make sure you are heard by the highest-level decision makers to help you win your battles.